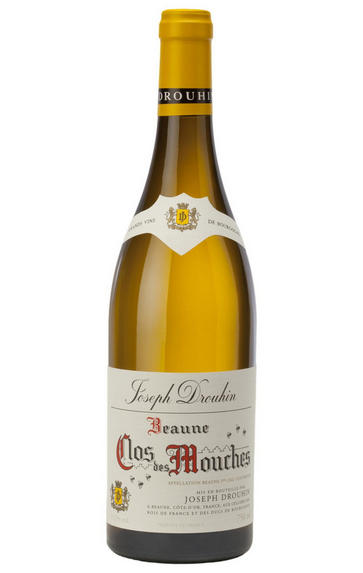 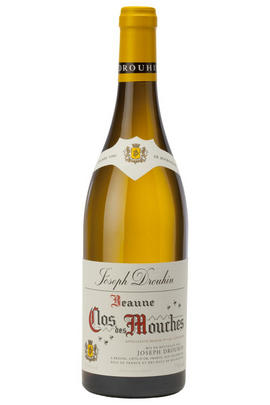 Fine, pure and pale in colour, the lovely fruit is overlaid by a level of barrel toast which actually works very well. There’s a beautiful intensity and it has kept a lean note all the way through, very successful. Even a touch of tannin at the back, this is very long. Drink 2020-2027
Jasper Morris MW, Wine Buyer

The healthy crop was picked from 2nd September, with acceptable yields for the whites but rather low again for the reds. Vinification was adapted to suit the nature of the vintage, with less forceful punching down this year, especially at the start. The Drouhin style is compellingly elegant every year, while 2015 delivers an extra coating of velvet to the fruit.
Read more 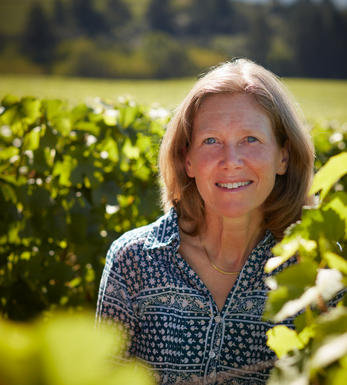 Originally from the Yonne department, Joseph Drouhin founded the négociant company which bears his name in 1880. His son Maurice took over in 1918, buying the first vineyards including the famous Beaune Clos des Mouches. It took him a while to put this together, since he had to buy the plots piecemeal from many different owners.

Maurice Drouhin was a significant personality in Beaune, sitting on the INAO committee and acting as deputy administrator of the Hospices de Beaune, including during the troubled period of World War II. He also had distribution rights for a good proportion of Domaine de la Romanée Conti’s production, though unfortunately was not able to take up the offer to buy the share of the business which subsequently went to Leroy.

His successor was his nephew and adopted heir Robert Jeausset-Drouhin who took charge in 1957. Robert Drouhin now retains a surveillance role while his children Frédéric (managing director), Laurent (export markets), Philippe (vineyards) and Véronique (oenology and Domaine Drouhin Oregon) run the business. Philippe Drouhin manages the vineyards biodynamically and from the 2009 vintage the entire holdings, including Chablis, will have ECOCERT organic certification.

Long-time oenologist Laurence Jobard, engaged by Robert Drouhin in 1973, retired after the 2005 vintage and was replaced by Jérome Faure-Brac, a trained oenologist previously with Bichot, while Véronique Drouhin remains on hand to provide continuity of style.

The Drouhins purchase their own wood which is then air-dried for three years before being turned into barrels by the François cooperage. It is rare for more than 30 per cent of new wood to be used on any cuvée, excepting some grands crus. The barrels are all bar-coded to show the provenance of the wood and provide an audit trail of which wines they have been used for.

The red wines are pre-macerated at 13-15º/55-59ºF, with a very light punching down at the start followed by alternating punching down and pumping over, depending also on the needs of the vintage. The aim is to privilege the fruit in the wine, and to this end bottling is earlier than for most producers. Some wines are bottled before the next harvest while the remainder are racked out of barrel in the autumn for bottling during the winter months.

Originally white grapes were mixed in with the reds in the vineyards, but they are subject to different disease pressures, especially since the arrival of oidium in the mid-19th century: oidium attacks white grapes much more than red. At some point Maurice Drouhin hit on the idea of planting a separate block of white grapes – mostly Chardonnay but some Pinot Gris – so that they could be treated appropriately, even though usually they would then be picked at the same time as the reds and vinified together as was traditional.

One year the whites were not ripe so he picked them later, vinified them separately, and really liked the result – hence the origin of a white Beaune Clos des Mouches. Today the white grapes are almost all Chardonnay. There is no particular logic to the planting of red or white grapes, the plots forming a mosaic – rather than, for example, the top of the vineyard being used for one colour and the bottom for another. Blocks are replanted according to their previous occupancy. 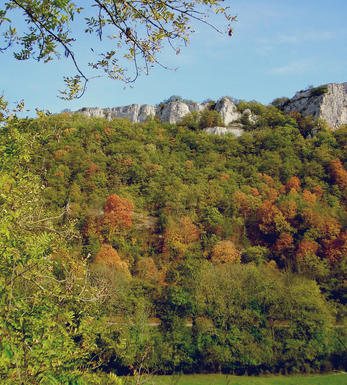